Apart from the beautiful sandy beaches with crystal clear deep waters and landscapes that will leave you breathless, there is another reason to visit Kefalonia, especially if you are a nature lover. And this reason is the fauna of the island and especially its endangered species. One of the most interesting species is the Coarse-headed Sea Turtle Caretta Caretta that wanders around the beaches of the island and the port of Argostoli.

Coarse-headed sea turtles (also known as Caretta Caretta) are the only sea turtles that nest in Greece and the Mediterranean. They can be distinguished from other sea turtles by their large heads, reddish-brown shells and yellow-brown skin, and are considered to be one of the oldest species in the world. An adult Caretta reaches a length of 1.0 – 1.2 m, weighs between 100-350 kg and can live for about 65 years.

Females appear to give birth in nests on average three to five times during a breeding season, while the spawning process occurs mainly at night throughout the summer, as they crawl out on beaches beyond the high tide mark and dig nests in which about 100 eggs are laid. After about 60-70 days the eggs hatch and the newborn turtles emerge, especially at night, when the risk from predators is lower. They are then attracted by the moonlight, and gravity, to the sea.

On the island of Kefalonia, there are several beaches where one could find the Caretta Caretta and their nests. The island is one of the northernmost spawning grounds for sea turtles in the world. The main area for nests is below Ratzakli in the bay of Mounta, between Skala and Katelios next to Poros, while many others are scattered on all the beaches of the island, such as Megali Ammos and Ammes beach in Minies, in Makry Gialos in Lassi or in Mega Lakko in Lixouri.

But if you really want to see a live adult Caretta Caretta turtle in Kefalonia you can go to the Koutavos Lagoon in Argostoli. You can find them near the Devosetos bridge and along the waterfront, where they sometimes follow the fishing boats and swim around in search of food.

It is amazing to even see these creatures for a moment! However, it is also our responsibility as human beings to respect them and take care of their protection. Look for them and be surprised by them, but let them live peacefully and continue their journey.

Foki beach is located a very short distance from Fiskardo in Kefalonia as it is accessible even on foot.

To reach Foki, one of the most beautiful beaches of Erisos, just follow the road to Celentata. He will realize that he arrived when he came across a bay overgrown with cypresses and olives.

The small creek that offers protection from winds and waves, combined with the fairly shallow waters, make it completely safe for swimming for young children. That is why it is an ideal choice for families but also for boats that often anchor in the open.

The edge of the beach is paved with pebbles while the seabed is covered for the most part by algae. The ideal place for diving and sunbathing in Foki is the right part of the bay, where there is a path that leads to successive flat rocks.

At the exit of the bay, there is a cave for those who are in the mood for exploration as it is easily accessible by swimming.

The Seal got its name from the Monachus-Monachus seals, which often choose the turquoise waters of the bay for a short “visit”.

Beyond the large beach with clear blue crystal clear waters, the green mountain of Athros and the river Vohina. In Poros of Kefalonia, it is a common phenomenon to meet dolphins. 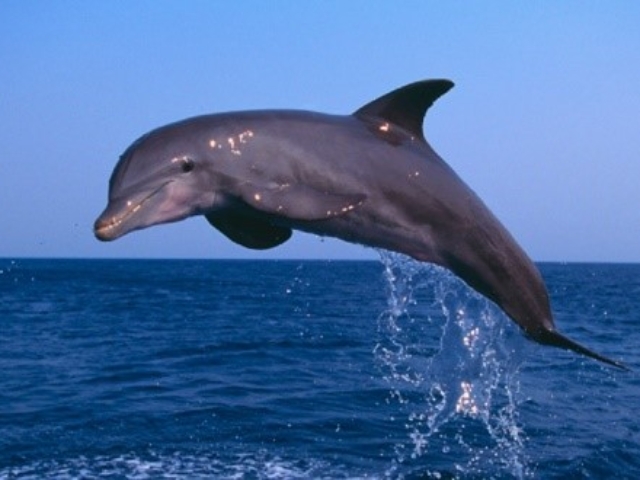 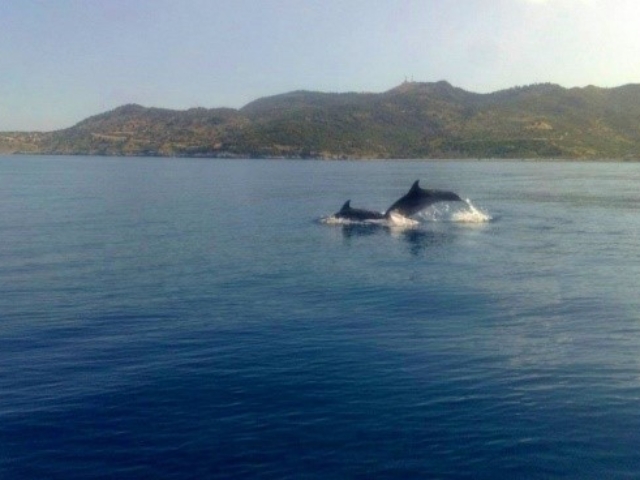 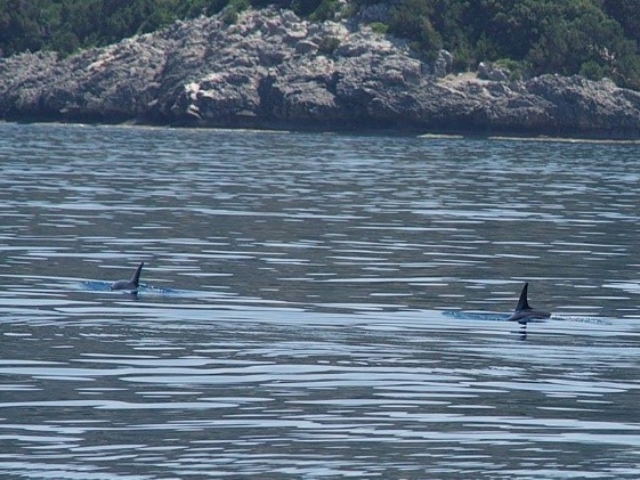 The cave lake of Melissani is a wonder of nature and one of the most impressive sights on Kefalonia which is located in Karavomylos, an area close to Sami town.

Melissani was discovered in 1951 and following construction works in order to make it accessible it has become one of the most famous tourist attractions.

The magic of the landscape is partly because of the roof that has collapsed and you have a view of the sky while being in a cave.

If you visit during the day when the sun is high and the sunshine drops on the lake it makes the light blue waters shine giving off a magical soothing feeling.

The only cave in Greece where concerts are organized is the Drogaratis cave, in Kefalonia. The main room is very large with dimensions of 65 × 45 meters and a height of about 20 meters and the acoustics of the space is unique!
Geologically, the Drogaratis cave is ranked among the most remarkable in Greece: stalactites and stalagmites more than one hundred million years old compose the unique landscape, while the temperature does not exceed 18 degrees Celsius. The depth of Drogaratis cave reaches 95 meters. You can see for yourself that the cave is “alive” and is still forming: drops of moisture flow from its stalactites to make them grow by about one centimeter in a hundred years! 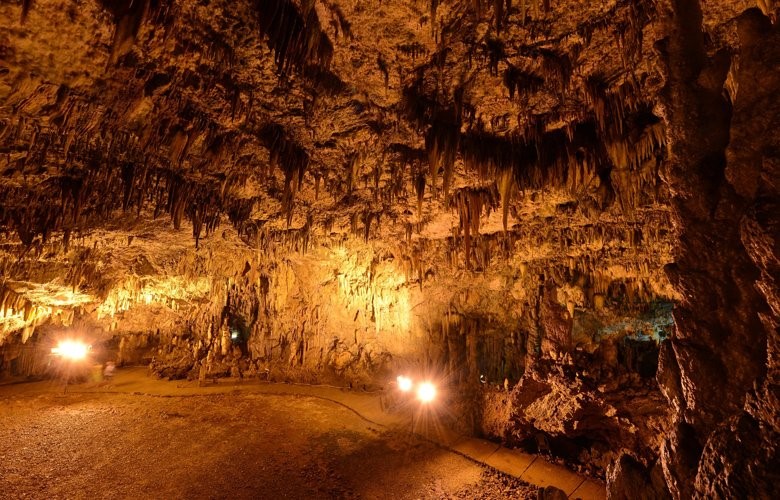 Drogaratis cave was discovered about 300 years ago, when a strong earthquake knocked down part of its roof. At that point today is the main entrance. The cave was explored by the Hellenic Speleological Society and since 1963 it is open to the public all year round.
During your visit to the Drogaratis cave, you will descend by specially designed stairs.

Ainos is the highest mountain not only of Kefalonia, but also of all the Ionian Islands: its highest peak, Megalos (Megas) Soros, reaches 1,628 meters. It extends to the eastern part of the island and is covered for the most part by firs. 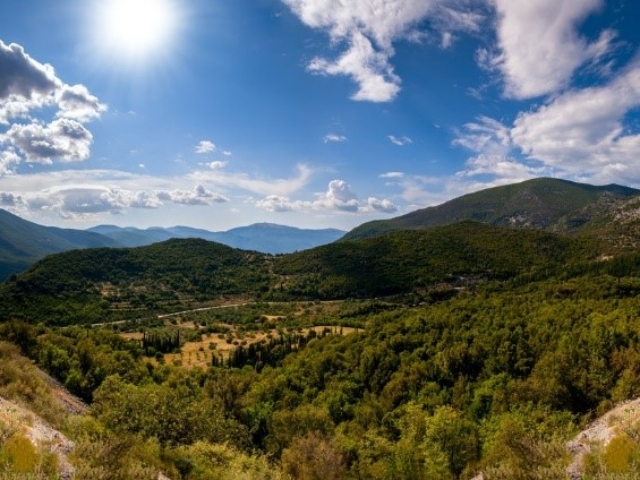 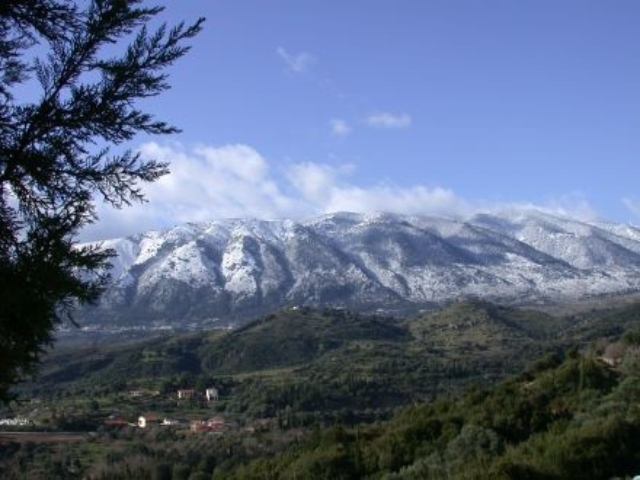 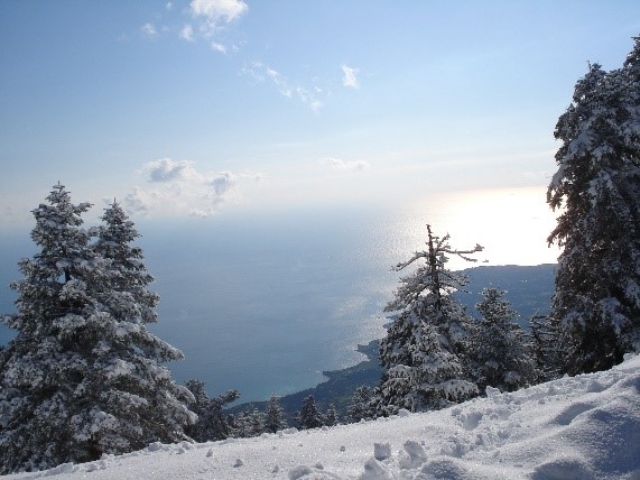 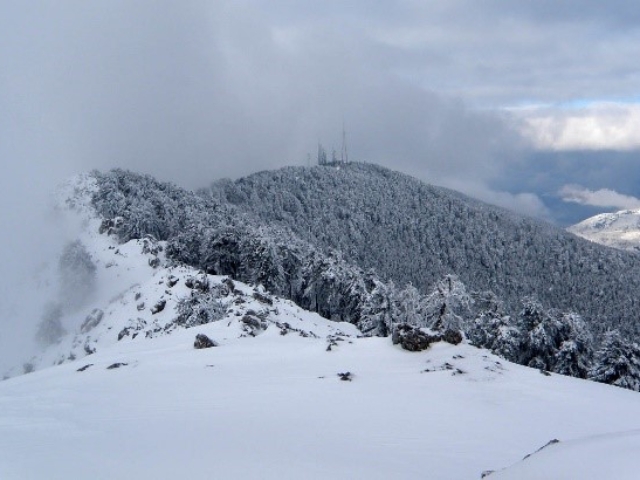 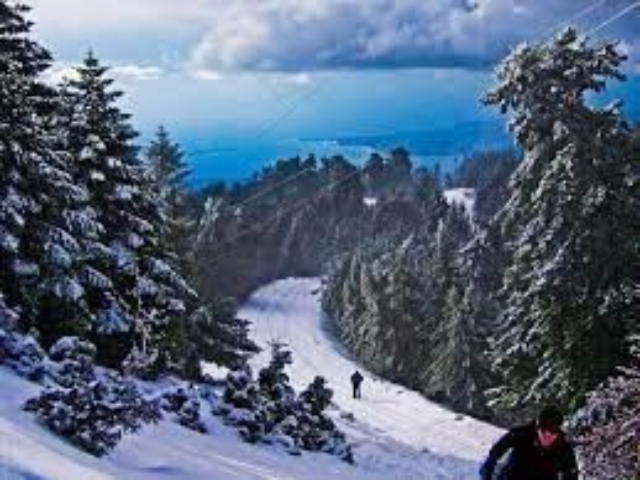 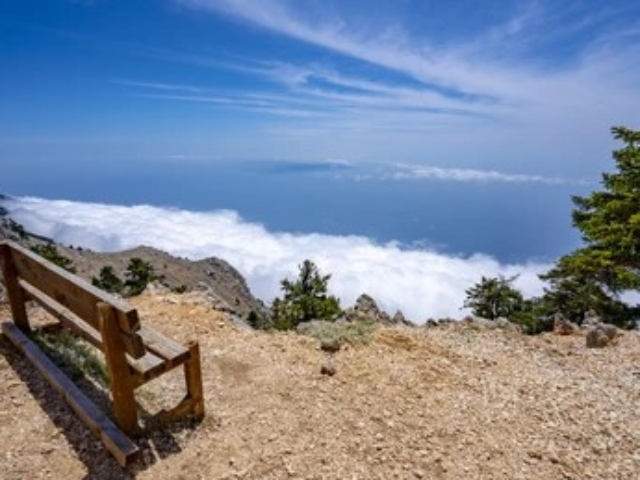 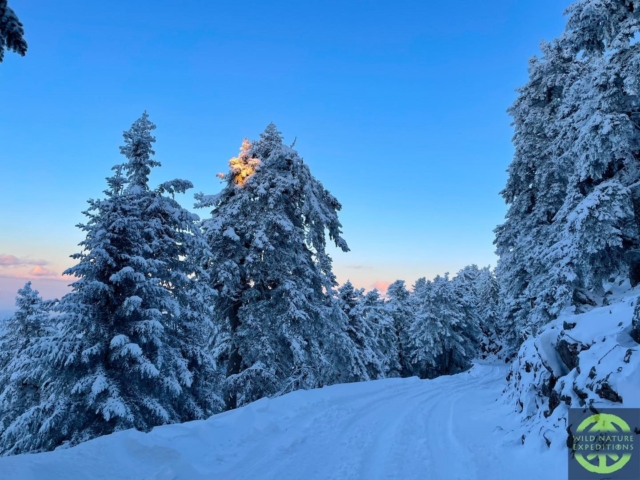 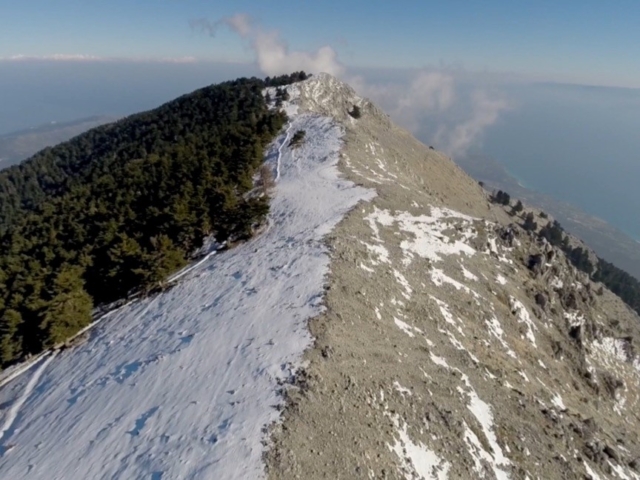 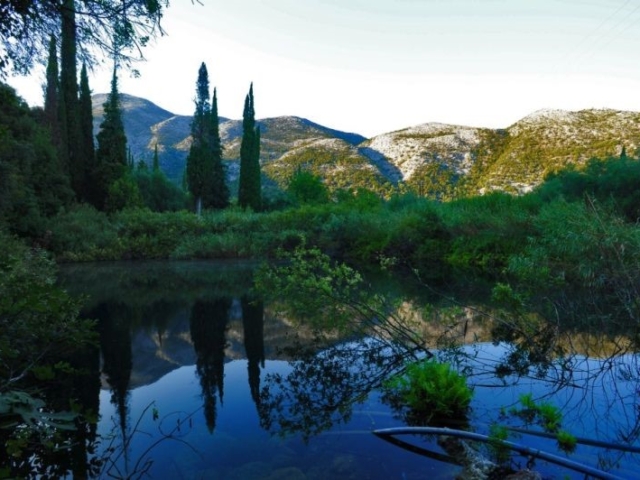 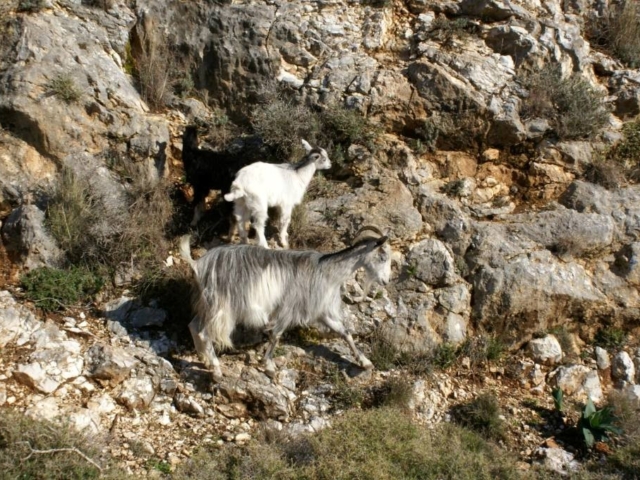 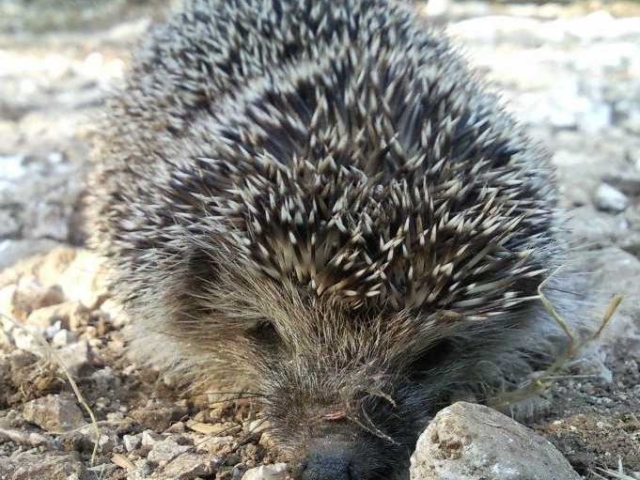 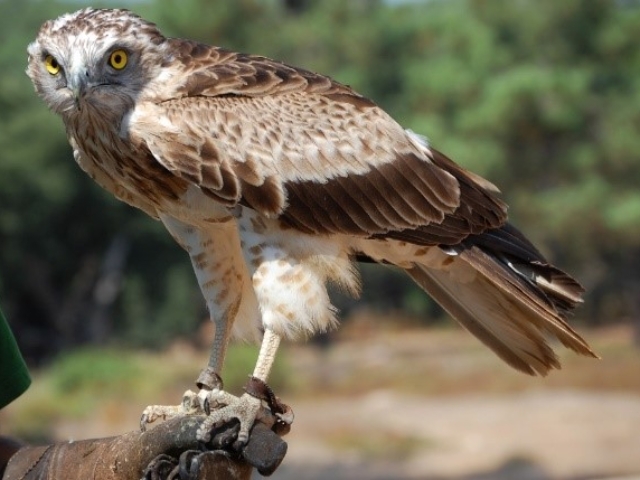 The wild horses of Ainos

If you are lucky, on your tour of Ainos, you will also meet the famous wild horses of Kefalonia: a small group of relatively small horses, of the species “Equus caballus”, which lives freely in Ainos, in a semi-wild state.

Especially after World War II, the villagers who had their farms on the mountain slopes, left their horses free, so that they would not have to maintain them. These horses at some point were completely abandoned to their fate and “have been preserved to this day in a few herds.

Their living in the harsh conditions of the area helped them to create special morphological characteristics: height 1.15-2.25 m, mane and tail dense, chest narrow and deep. The usual colors of horses are dark brown, black, light brown and white.

The horses of Ainos form a herd of 10-15 people during the summer months “, as we read on the website of the management body of the National Park. The horse population has greatly decreased today and additional measures have been taken to protect them, as this peculiar situation in which they live is considered unique. 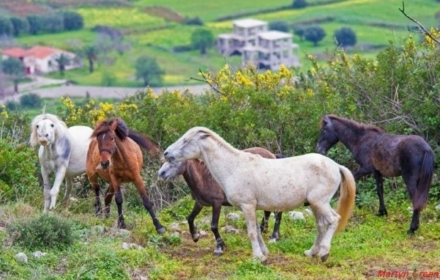 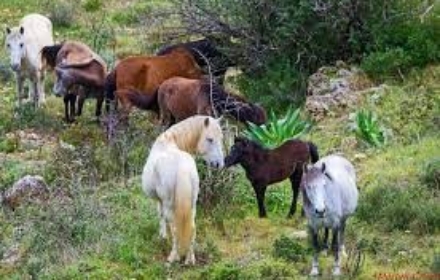 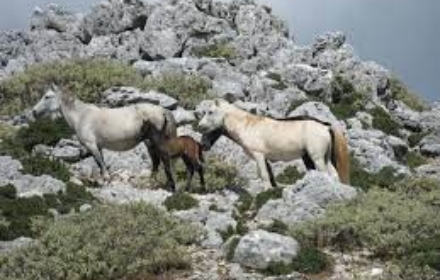 Today you can reach the borders of the National Park by car and then continue on foot on the paths of Ainos, on paths in nature and greenery, admiring in addition to the unique firs, but about 400 species of plants. Among them, the unique in the world “Kefalonian Viola or menexe”: it is a small purple flower that grows in the crevices of the rocks, mainly in the place “Chionistra” of Ainos. You will also see arbutus and holly, but also some of the 100 species of birds that have been recorded: snakes, golden eagles, partridges, but also magpies, hounds, chewing gums and black woodpeckers. Two tourist kiosks that you will encounter during your tour of the Ainos National Park will offer you moments of rest, while it is absolutely necessary to respect the Rules of Operation, for as long as you are there. The biggest threat to the forest is fire, which is why the mountain is protected as a “pupil” by the people of Kefalonia.

The fir that covers Ainos has dark foliage, a deep green and got its name from the island and is called worldwide “Kefalonian Fir”. One of the rarest firs in Europe, they are found here with such density, that made the Venetians call the mountain “Monte Nero”, meaning “Black Mountain”, as this dark green makes the mountain look black, especially from a distance. The peculiarities of the hard and strong spruce trunk have been known since ancient times, which is why it was used mainly in shipbuilding. This is the only fir forest on a Greek island and one of the main reasons for the promotion of Ainos as a National Park, since 1961.